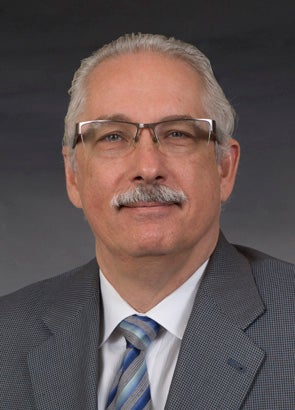 Antonio J. Busalacchi became president of UCAR in August 2016. An expert in Earth’s climate system and ocean-atmosphere interactions, he helps guide NCAR’s world-leading research into the Earth system sciences and its support of the research community through supercomputing, observing instruments, and community models.

Under Busalacchi's leadership, UCAR in 2018 signed an agreement with the National Science Foundation to continue its management of NCAR. He also oversees UCAR Community Programs, which provides data, observations, and other services to researchers worldwide. His priorities include fostering a broad  interdisciplinary approach into researching the Earth system, increasing diversity across the geosciences, and being the best possible steward of the taxpayer investment in NCAR and UCAR.

Busalacchi has a distinguished career in the geosciences; extensive experience in management of academic, laboratory, and government programs; and a broad knowledge of the research community. A nationally recognized expert on science policy, Busalacchi has advised policy makers and testified to Congress on the importance of continued federal support for Earth system science. He collaborates frequently with government officials, private sector leaders, and the academic community to advance research in ways that help save lives and property, strengthen the economy, and safeguard national security.

After receiving a Ph.D. in oceanography from Florida State University, Busalacchi began his professional career at NASA’s Goddard Space Flight Center. He has studied tropical ocean circulation, its role in the coupled climate system, and phenomena such as El Niño. His interests include the development and application of numerical models combined with in situ and space-based ocean observations to study the tropical ocean response to surface fluxes of momentum and heat. His research on climate variability and predictability has supported a range of international and national research programs dealing with global change and climate, particularly as affected by the oceans.

In 1991, he was appointed chief of NASA’s Laboratory for Hydrospheric Processes and member of the Senior Executive Service. In 2000, he was selected as the founding director of ESSIC. Busalacchi also has been involved in the activities of the World Climate Research Programme (WCRP) for many years. From 2008-2014 he chaired the Joint Scientific Committee that oversaw the WCRP. Previously he was co-chair of the scientific steering group for its sub-program on Climate Variability and Predictability.

In 2016, Busalacchi was elected to the National Academy of Engineering. In 2014 he was elected as chair of the American Association for the Advancement of Science "Section W" on Atmospheric and Hydrospheric Sciences. That year he was also elected to UCAR’s Board of Trustees.

Busalacchi has received numerous other awards and honors throughout his career. In 1991, he was the recipient of the prestigious Arthur S. Flemming Award, as one of five outstanding young scientists in the entire federal government. In 1995 he was selected as Alumnus of the Year at Florida State University, in 1997 he was the H. Burr Steinbach Visiting Scholar at Woods Hole Oceanographic Institution, and in 1999 he was awarded the NASA/Goddard Excellence in Outreach Award and the Presidential Rank Meritorious Executive Award. He is a fellow of the American Meteorological Society, the American Geophysical Union, and the American Association for the Advancement of Science.