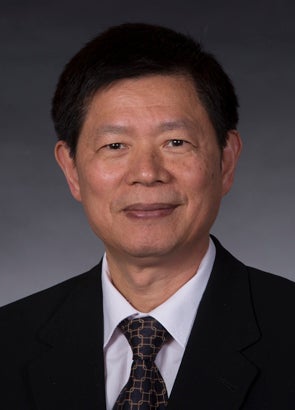 Bill Kuo has directed UCAR's portfolio of community programs since 2015. He also directed the Developmental Testbed Center between 2009-2018. A joint effort of NCAR and several federal agencies, the DTC brings together practitioners in the weather modeling community to facilitate the transition of advances in numerical weather prediction from research into operations. From 1997 through 2015, Kuo directed UCAR's COSMIC Program (Constellation Observing System for Meteorology, Ionosphere, and Climate). An international collaboration with Taiwan, the COSMIC mission put the world’s first GPS radio occultation satellite constellation in orbit in 2006. Since then it has provided critical observations to support both atmospheric research and operational forecasting at weather prediction centers around the world. The follow-on COSMIC-2 mission is designed to increase observation capabilities.

An NCAR Senior Scientist, Kuo first came to NCAR as a graduate student and joined the staff soon after earning a Ph.D. in meteorology from Pennsylvania State University. Early on, he led development of the NCAR community mesoscale models, including the fourth and fifth generations of the Penn State/NCAR Mesocale Model (MM4 and MM5). He also played a key role in development of the Weather Research and Forecasting model (WRF) and of its research applications. He has served as an advisor to more than 25 graduate students and mentored more than 15 postdoctoral fellows. His publications include more than 180 journal papers as well as numerous conference articles and reports. His scientific interests include hurricanes, extratropical cyclones, mesoscale convective systems, heavy rainfall prediction, data assimilation, and GPS atmospheric remote sensing and its research applications.